A Tremble in the Rails - Published 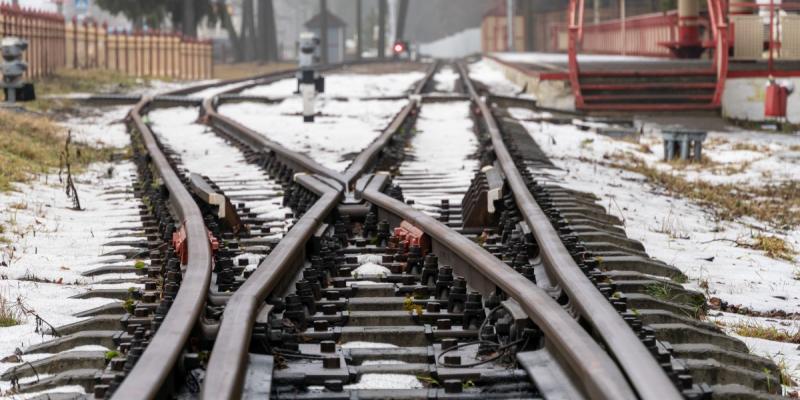 Joel Sronce's poem, "A Tremble in the Rails," has just been published by S&D (visit journal page at Taylor and Francis to view the original). Joel is a writer and organizer from North Carolina. His work has been featured in Jacobin, Socialist Worker, Piedmont Left Review, Third World Resurgence, as well as in INDY Week, Triad City Beat, and more. He also co-founded a documentary production team dedicated to amplifying the struggles of workers in the South. The first film, What Binds Us to This Place, was released in April, 2020. He moved to Philadelphia late in 2021, but his political home and heart haven’t left Greensboro, NC.

A Tremble in the Rails

Onto such tracks the revolutionaries divert their train, with its contraband cargo, unregisterable, supernumerary, powering for a horizon, an edge as far away as ever and yet careening closer.

Or so it looks from the liberated train, in liberty’s dim light.

If in the years that brought the decade
to a close,
you loitered outside the Workers’ Center,
where the tracks for eastbound trains
bend left
into the city,

you would have known

a glint of green
shattered glass
among the railway stones,

and perhaps if it were February,
a paper bag caught by ice
in the parking lot,
twitching in the wind like a sparrow
dying,

or in some sultry August evening
on the other side of the year,
a long red sunset of late summer

bleeding down through vacant condo windows
in the Greensboro skyline.

And then all of it
trembles.
This uneven world.

A distant cacophony.
A grumble in the belly of a beast.

The glass and gravel wake.
Brambles begin to rustle and bend;
the cardboard raises up on end.
And high-rises rattle,
occupied by an alien pulse.

A clamor of something coming.

Because what you also would have known,
hanging around as the decade rumbled
at its close, in those years struggling
for sanctuary, for abolition,
and breath,
is that in the Workers’ Center
by the curving of the tracks,

Up the few stairs we’d leap;
we’d limp; we’d dawdle.
We’d sashay in.
Hauling our work clothes,
and bicycles,
and sometimes our children.

International socialists, laboring in
from dish rooms and cubicles,
from assembly cells and lecture halls:
A fraction of the masses –
Brown and white and Black.
Settling into the chairs where
Marcus Deon Smith once stood
cutting hair, or just sat
and shared sorrows
and laughed.

All along the walls, wreathing
the room, yarn held signs telling tales
of strikes and uprisings – the memory
of the working class in the South.

In one corner, a comrade
conducting childcare,
and on the other side another
running security by the door;
someone else between them,
cutting open a box of newspapers
from Chicago.

Our coats stayed on in the winter,
our collars and hoodies up,
and in summer we panted, shirts
unbuttoned, our sleeves rolled back,
cooking in the concrete cavern
by the railroad tracks.

Someone would speak, shoveling
fuel into our hearts,
as the eyes of all were lit,
burning toward revolution,
and sustained
with kinship.

And we’d rise up for the teachers;
and we’d march against I.C.E.;

and we’d organize to be stronger
than the violence of the police;
to be a harbor for high-school students
striking for their lives;

to accelerate, to agitate, to prepare
for an uprising’s arrival;

and to kick it with kids
tasked too soon
with survival.

We’d labor to maintain our own history,
and the sanctuary of self-activity,
of radical clarity,

and whatever oppressed people needed
against so much hate:

A piston-box for the steam of our city.
An antidote against noxious amnesia.
A means to mobilize outrage.

At times we were only
an image: Raised fists
toward wherever came a desperate call
for solidarity – from Baton Rouge or Khartoum,
from Gaza or Caracas or Hong Kong.
Our faces as anonymous as graffiti on a train car;

yet offering proof of comrades
in unlikely places,
out there beyond the next
bend left,

echoing with their own
culture and power
whatever clarion call has come hurtling out
from the other side of the world.

Even these swift flashes are sparks
in the furnace of revolution,
on which our mighty engine runs.

And mid-meeting the train would always come.
Like clockwork, like a screeching polemic
atop clashes of comradely debate,
the train was never late.
In spitting distance
of our rattling windows,
its cacophony roared in.

We’d laugh; we’d get angry;
we’d throw up our hands
in brief defeat, exasperation –
cast into a moment of silence.

Or perhaps, now, a moment of reflection,
of gratitude, bowing our heads
for those who came before us – who laid
those tracks, those sinews of power
on which we all travel – and for those
who will arrive after;

and the train would pound into the night,
hauling the dockworkers’ labor,
the stevedores’ sweat,
the proletariat’s production,
and yes, the graffiti artists’ anonymity,
but also their voices and pain
and victories.

A moment of silence
until the train had thundered on,

and so would we.

In some ways we are apart now,
separate train cars once linked on one line
now on new tracks, in the company of new cars,
on new routes.

Still hauling the freight and fright
of struggle.
Still buoyed by hope.

We were once joined on
that Workers’ Center train,
powering through Greensboro.
And what a train that was!
Its memory carries us on,
even when history bends and our engine
has turned out of view.

We were, for those moments, as we will be again,
in the highest community – burdened by life
but maintained by the embrace
of a comrade, enraptured by
embarking for the barricades
together.

We were, for those moments, as we will be again,
all aboard a locomotive of history,
a liberated train,
powering for its permanence.

And when this uneven world rifts,
maybe you’ve chosen to raise your fist
or move your feet toward this clarion call
arriving at the front of your heart – now a ticket
in your breast pocket;
or maybe that day is coming.

Put your hand to the rail.
Does it tremble?

A train of the South,
diverting from this world

to a better one,
its own movement
guiding the switches;

and liberty’s dim light shines
like a north star,

just beyond
the night’s malice

and the veil of fear
and sorrow,