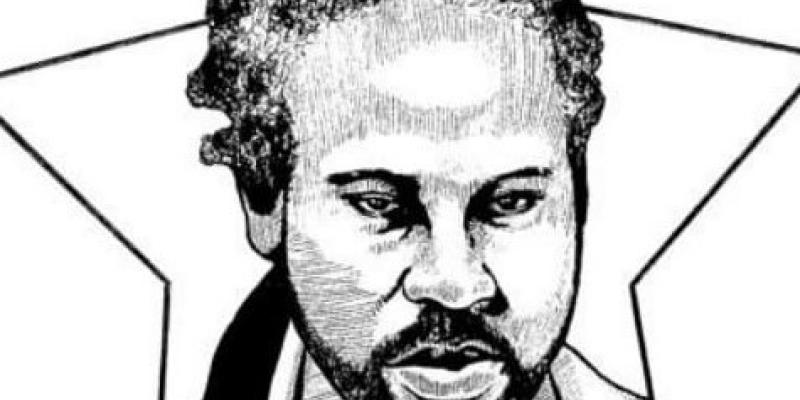 I don't know if there is a record for the forced transfer of state (as distinct from federal) prisoners. If so, it may belong to frequent S&D contributor Kevin "Rashid" Johnson (see S&D ##38, 43, 61, 66), who has been "compacted" from one state system to another six times in the last nine years. Originally incarcerated in 1990 in his home state of Virginia, he has been moved since 2012, in succession, to Oregon, Texas, Florida, Virginia, Indiana, and (most recently) Ohio, where he is now entombed at the Southern Ohio Correctional Facility in Lucasville.

A consistent factor precipitating these transfers has been his publicizing and litigating abuses by prison staff. He had a lawsuit pending against the Indiana Department of Corrections (IDOC), which, in addition to then transferring him, has withheld all his property, notably including his legal papers. Meanwhile the Lucasville authorities are seeking to isolate him as much as possible. Despite physical threats against him by Ohio guards, he has continued his practice of writing and posting devastating exposés, of which the most recent (about Lucasville) shows a shocking level of official brutality.

For information about Rashid's status, plus list of authorities to contact, see "Transferred to Ohio and Facing Bogus Charges" (the initial restriction on his access to commissary was subsequently extended from 30 to 90 days). Rashid's address is:

I should note that the earlier transfer of Rashid from Virginia to Indiana involved a swap, in which Indiana prisoner Shaka Shakur -- likewise a longtime activist -- was compacted to Virginia. Shaka recently went on hunger strike against conditions in Virginia and is demanding to be returned to Indiana. When I spoke to an IDOC official in support of his demand, I was told that if Shaka were to be taken out of Virginia, he would still not be accepted back to Indiana but would be compacted to some other state, for "security" reasons.

The frequent application of this "interstate compact" system is not widely known. Searching for information, I found that it affects an estimated 10,000 to 20,000 state prisoners in the US, and that the average distance of a transfer is 1,200 miles. In most cases, such transfers are carried purely for the convenience of the prison officials. In the cases of Rashid and Shaka, they constitute political repression. For many prisoners, they pose formidable barriers to contact with loved ones. Shaka's address is: