Covert Action: The Roots of Terrorism

This book offers a stunning refresher course on what is missing from discussions of terrorism in the U.S. mainstream media. Gathering articles written for Covert Action (originally Covert Action Information Bulletin; later Covert Action Quarterly) over a 20-year period (1979-99), it reminds us in the most concrete terms that if those who run the United States really wanted to get at the roots of terrorism, they would need to look above all at their own actions.

This is true in a double sense. It refers on the one hand, broadly, to the generally provocative nature of U.S. imperialism: overthrowing governments, obstructing popular movements, concentrating overwhelming force in its own hands, and blocking all peaceful channels of resistance to its impositions. But the more specific role of the U.S. government is its direct sponsorship of terrorism: not only in the sense that massive military power is itself terroristic (killing civilians en masse for a political purpose), but also in the precise sense of promoting the smaller-scale sporadic attacks to which the term terrorism is more commonly applied. Most telling of all, in this connection, is the U.S. role in jump-starting the career of Osama bin Laden himself.

As critics from Noam Chomsky and Edward Herman to Eqbal Ahmad have pointed out, Washington’s definition of terrorism is based not on what is done, nor on whether it is done by governmental or non-governmental forces, but strictly on whose side is doing it. Terrorism refers, on this view, to actions carried out by forces opposed to the U.S. government and its allies, never to actions that they themselves—including counterrevolutionary Cuban exiles—carry out. A given individual, driven by a given ideology and using given methods (e.g., Osama bin Laden), is thus a “freedom fighter” so long as he is doing Washington’s bidding but becomes a terrorist as soon he turns against Washington. Perpetrators of the quintessential terrorist act of setting off bombs in passenger planes are not classified as terrorists provided that, like Orlando Bosch and Luis Posada Carriles, they are trying to destroy the Cuban revolution.

For a U.S. public dependent upon the commercial media, this whole latter dimension of the global struggle hardly exists, veiled as it is by systematic underreporting and semantic obfuscation. The effort to plug the resulting gap in popular awareness has been a lonely one, but it enjoyed a brief surge of interest in the mid-1970s, in the wake of the Watergate scandal. This was also when Philip Agee, subsequently an early contributor to Covert Action Information Bulletin, became the first CIA covert-operations officer to break radically with “the Company” and publish a full narrative of its methods of intervention into the internal politics of other countries. The Covert Action periodical publications, and now the present book, are in this tradition of radical disclosure, which combines the immediacy—and potential popular appeal—of good investigative reporting with a careful attention to the fullest possible documentation.

The book consists of 32 articles, divided into nine sections, each of which is preceded by an introduction in which editors Ellen Ray and William Schaap bring out the present-day relevance of the materials. The topics covered embrace all of today’s hotspots while also including valuable background information on such matters as the Cuban exile network, the Iran-Contra imbroglio, the Bush family, the ubiquitous Israeli factor, and the continuing use of the nuclear “terror card.” The authors include, in addition to the original Covert Action team (Agee, the editors, and Louis Wolf) and the above-mentioned analysts (Chomsky, Herman, and Ahmad), a distinguished roster of journalists and researchers, such as (to name a few) William Blum, Jack Colhoun, Jane Hunter, Michio Kaku, Clarence Lusane, and Christopher Simpson.

The writing is consistently clear, insightful, and hard-hitting. Each of the articles stands on its own, but the book’s cumulative effect is to suggest that no dimension of U.S. policymaking is free of the kind of cynical manipulation that is inherent to covert operations. While this observation may seem unsurprising to S&D readers, its repeated confirmation in so broad a range of issues has an undeniable pedagogic value, not to mention its more general usefulness in alerting us to the seductions of official propaganda.

Given the period covered by the articles, the one big lacuna seems to be the debate over Yugoslavia. The topic certainly was not ignored by Covert Action Quarterly, which was one of the few printed sources one could look to for critical analysis of the Clinton administration’s “humanitarian” intervention—a policy on which a good many of the usual oppositional voices remained silent (many, for want of pertinent information, but some, out of an acknowledged disposition not to view Washington’s moves in an invariably negative light). Although it is now clear that Washington’s (and the media’s) moralizing was based on highly selective and decontextualized condemnations of violence,* it would still be interesting to see how the prima facie critique of the U.S. stance was articulated at the time.

In terms of the insights that one does find in this book, I will mention just a few that give a taste of its usefulness.

One insufficiently known goldmine of documentation about U.S. policymaking was the diplomatic papers seized from the U.S. Embassy in Tehran when it was taken over during the famous “hostage crisis” of 1979-80. Journalist Steve Galster’s important chapter, “Destabilizing Afghanistan,” explains how these documents prove that the U.S. government was lying when it attributed the Soviet invasion of that country to a “thirst for expansionism”; they confirm instead the fact—not widely known in the U.S. at the time—that U.S. agents had already been working to destabilize Afghanistan’s progressive regime for more than a year before Soviet forces crossed the border.

Washington’s Afghan intervention, so decisive a move in its war of attrition against the Soviet Union, was of course also the crucible in which radical Islamism’s military arm, headed by Osama bin Laden, was forged. Eqbal Ahmad, in his chapter entitled “Jihad International, Inc.,” makes the key point that until the U.S.-initiated crusade in Afghanistan, the 20th-century expressions of jihad were basically secular, being simply the form taken in Islamic countries by the worldwide movement for freedom from colonial rule. Religious fundamentalism was not the fruit of some popular upsurge; rather, it was what Washington identified as the most promising current within Islam for implementing its own anticommunist agenda (much as it had done when it triggered the counterrevolutionary bloodbath of 1965 in Indonesia).

Although the “war on terror” slogan reached new heights after 9/11, all its essential components were already in place twenty years earlier. This is well brought out in the editors’ 1984 article “Pentagon Moves on Terrorism,” which highlights the longstanding emphasis on “proactive” measures, or on what a White House spokesman quoted here by Chomsky refers to—foreshadowing George W. Bush on Iraq—as “self-defense against future attack.” In a further twist to this kind of mental contortion, Chomsky also alerts us—from the example of Israeli policy preceding their 1982 invasion of Lebanon—to circumstances in which leaders with an aggressive agenda treat the safety of their own people with reckless abandon.

Of particular interest, in light of the now notorious role of the neocons and Paul Wolfowitz, are Jane Hunter’s and Fred Landis’s chapters exploring the role of the Israeli government in the formulation of U.S. policy in the Persian Gulf region. Landis points out the close institutional ties of Israeli intelligence with the U.S. Right in the person of Michael Ledeen, and also notes the way Israeli operatives adapted their agenda to the anti-Soviet fixation of the Reagan team. Hunter, in “The Middle East in ‘Crisis’” (1990), explains Israeli interest in having a heavy U.S. presence in the Gulf region. She also discusses Saudi interest in weakening Iraq and, at the same time, in obstructing any Palestinian state (for fear that such an entity would make the Saudi monarchy look bad).

Finally, in terms of the longstanding nature of the U.S. campaign to subjugate Iraq, we should note the editors’ remarkable article “Iraq: Disinformation and Covert Operations,” which recounts the still little-known subterfuge by which the U.S. forces prepared for their 1991 air attack, sending helicopters with Iraqi insignia (from a base in Saudi Arabia) to install “smart bomb homing devices.” Despite George H.W. Bush’s eventual decision not to occupy Iraq, the longterm drive in that direction was aptly formulated by Richard Nixon, in a 60 Minutes interview that April: “If I could find a way to get [Saddam Hussein] out if there, even putting out a contract on him, if the CIA did that sort of thing, assuming it ever did, I would be for it.”

The highhandedness of the Bush II presidency is thus hardly new. Nor, however, is it distinctively Republican. It was the Carter administration that unleashed Osama bin Laden on Afghanistan, and it was Clinton who presided over the bleeding and disarming of Iraq prior to Bush II’s invasion. The 9/11 attacks served this agenda as an invaluable booster shot, which it never ceases to invoke. At the same time, they prove that the doctrine of “self-defense against future attack,” which was already being practiced before 9/11, is, in its own terms, absurd. But it is rather effective precisely in provoking such attacks, which in turn furnish the most persuasive justification for maintaining a force-projection that is desired for other reasons.

Let us hope for many sequels to the revelations in this book. 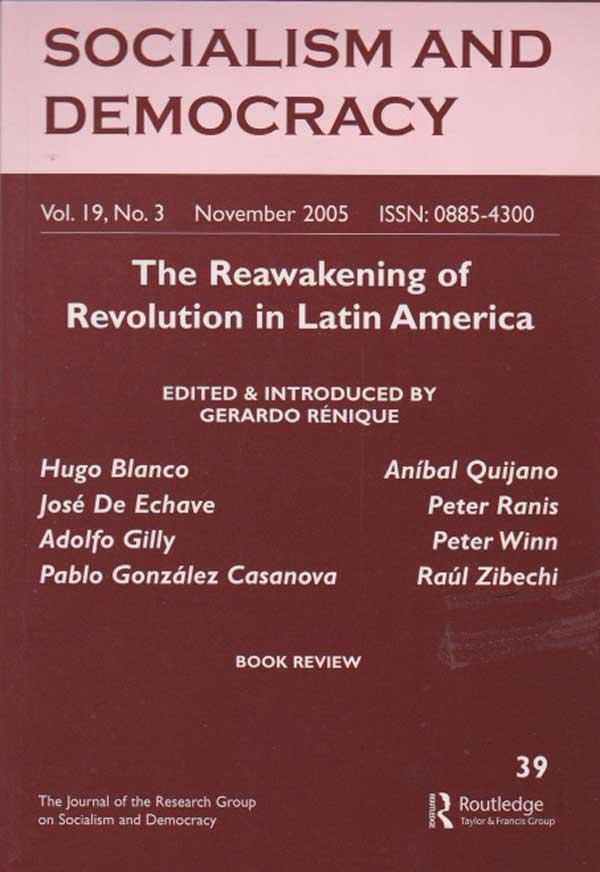