Colored White: Transcending the Racial Past

David Roediger’s most recent book is a gem.  This collection of readable essays helps us to better appreciate what W.E.B. Du Bois called the “color line” in the U.S.   Colored White builds on two earlier collections of Roediger’s essays: The Wages of Whiteness (1991) and Towards the Abolition of Whiteness (1994).  Roediger is arguably America’s top scholar of critical whiteness studies.

In Colored White, his essays cover a wide range of topics, from labor history to popular culture.  In Roediger’s words, “The essays seek to place race in dialectical relationship to factors such as class, ethnicity, gender, age and sexuality in the belief that doing so enhances our understanding of the pervasive presence of race in the United States.” His special focus is on the causes and consequences of white racial identity under American capitalism.  Roediger skillfully uses dialectics the study of change to develop the powerful idea of whiteness in the context of white racial domination.  For Roediger, American whites have been and are active agents in accepting and perpetuating racism.  They are not just dupes of a power elite who use skin color to divide and conquer America’s working class.  This is not an academic debating point; it has important practical implications.

The book has three sections.  Part one is “Still White.”  The lead essay looks at the arguments for and against the idea that the U.S. is undergoing a demographic transformation to a “raceless nation.”   Some mainstream critics have cited changing marriage and migration patterns as proof of a shift away from rigid divisions of race.  Presumably, Americans are slowly moving towards a society in which the color of their skin will be no more important than what clothes they choose to wear.  Opponents of affirmative action such as Ward Connerly in California have used this argument.  It is simple, and simply misleading.  Without question, the end of racial inequality is appealing.  However, Roediger argues that simple formulations on creating a nonracial future in a nation shaped so deeply by skin color sidestep the processes of overcoming deep-seated racism and sexism.  Both are irrational, hence not easily eradicated.  Race cannot fade into class, nor can race be reduced to class.  Roediger believes that white racial identity should be widely debated and discussed.  This stance is intellectually stimulating, and liberating.

Roediger delves deeply into race and class in an essay on talk-show host Rush Limbaugh, whose reactionary popularity resonates widely in U.S. society.  Roediger begins this essay by considering a Eugene O’Neill play.  In it, a white elite casts an imperial gaze on a white laborer.  The worker drops to a nonwhite status.  The play is set during a time of “scientific” racism targeting southern and eastern European immigrants to the U.S.  Eventually, they would whiten.  Karen Brodkin details some of this white ethnic and racial history in How Jews Became White Folks and What That Says about Race in America (1999).  Similarly, Noel Ignatiev examines Irish immigrants’ journey from American outcasts to white citizens in How the Irish Became White (1995). Roediger cites Brodkin and Ignatiev favorably.  A political point being made by all three writers is that racism need not be a skin-color issue. Yet that is the enduring legacy of race in America, the presumed land of liberty for its people.

Roediger next turns to a short story by Mark Twain that dramatizes the life of a black slave woman.  Her tale of resistance to slavery is hidden although she was in plain sight to whites.  The woman’s narrative reveals a critique of whites’ partial vision rooted in racial relations of power and the powerless.  Limbaugh, on his TV show, occupied a small box in the lower screen and used it to parody high-profile blacks.  They included Dr. Jocelyn Elders, Rev. Jesse Jackson and Congressman Kweisi Mfume.  Because of and despite his diminished presence, Limbaugh “cultivate[d] the reciprocity of white entertainer, white studio audience, and white reviewers to endow his look with awful power,” Roediger writes.  Relations between white entertainer and white viewers showed a shared awareness of their imagined racial superiority.

Such white racial vision conceals and reveals much.  For Limbaugh the multi-millionaire showman and his audience, a mutual understanding of white-skin privilege apparently smoothed over their two quite different class positions.  On that note, Roediger suggests that such white workers in America who do not “get” race likely fail to grasp the concept of economic class.  Precisely.

Further, Roediger puts Limbaugh’s lampooning of prominent blacks in the tradition of the minstrel shows of the 19th century.  Then, white male performers “blacked up” to imitate and ridicule African Americans.  Blackface minstrelsy provided psychic relief to mostly white men being slowly turned into urban wage-workers during the shift from manufacture to industry.  “For half a century minstrel shows provided a nationwide medium of mass entertainment, and at the end, far from fading away, they merged into vaudeville and the beginnings of cinema,” writes Alexander Saxton in The Rise and Fall of the White Republic: Class Politics and Mass Culture in Nineteenth-Century America (2003).  Roediger puts Limbaugh, minus the black makeup, in that tradition of white popular culture.

The second part of Roediger’s book is “Toward Nonwhite Histories.”  An essay titled “White Slavery, Abolition, and Coalition: Languages of Race, Class, and Gender” looks at the usage of the slavery metaphor in antebellum America.  It was a popular rhetorical device for white feminists and white labor reformers.  Yet such feminists were more judicious in their use of “white slavery” to politicize their substandard status under patriarchy.  Also, white feminists worked closely with the black freedom movement.  In contrast, white male labor reformers exaggerated the similarities between slave and wage labor.  These reformers used the “white slavery” metaphor loosely.  Black abolitionists such as Frederick Douglass avoided the metaphor of bondage to describe the life conditions of whites in America.  Why?   The lives of enslaved blacks could not compare with those of white women and men in matrimonial and occupational relations of inequality.  Roediger deepens our understanding of the central role played by the “peculiar institution” of slavery created and sustained by white terror against blacks in forming a kind of gendered white class consciousness.  His analysis also sheds light on lessons of social unity that were learned and unlearned in a time of economic restructuring a century and a half ago.

Roediger’s next essay is “The Pursuit of Whiteness: Property, Terror, and National Expansion: 1790-1860.”  Of specific interest are white expectations of acquiring property.  The equation of happiness with property ownership was the rhetoric of American elites in colonial days who cut their links to British imperialists. This process set into motion a kind of revolution that spawned one form of freedom for whites.  Meanwhile, the lack of property owned by many whites was an issue.  Roediger fleshes out such contradictory class relations within a racial social order.  In compensation for the lack of property ownership, many of these white workers received what W.E.B. Du Bois called a “public and psychological wage” for being members of a dominant race.  As Roxanne Dunbar-Ortiz put it in Red Dirt: Growing Up Okie (1997), white racial identity was and is self-defined by negation, by what whites are not (black, brown, red and yellow).

Roediger’s final essay deals with the concept of racial crossover.  His “retrospective” of entertainer Elvis Presley, a white Southerner heavily influenced by African American culture, considers the racial and social context of Presley’s rise to fame in the Jim Crow era.  In Roediger’s view, Presley is a predecessor to some white youth (wiggers) now who emulate and imitate African American entertainers, especially hip hop artists.  Many white youth idolize them.  Other racial crossovers (e.g., Asian-Black, Caucasian-Latino) exemplify the culture of racial politics and the politics of racial culture in an era of diminished expectations for the future.  Roediger drives home the point that such trends diverge and overlap.  They are subject to particular factors and forces, and not frozen in time.  Crucially, today’s racial crossovers take place in the absence of a national push for racial justice.  As a result, observes Roediger, some commentators wrongly romanticize youth crossing the color line as being a vanguard of racial change.  Such young people surely may point the way towards a nonwhite, or all-racial, American society.  However, this younger generation, as politically constituted in 2004, is no substitute for a mass social justice movement.

The essays in Colored White are free of cant, full of rigor.  They are essential reading for those who seek to deepen their understanding of racial capitalism in America.  Roediger is an important social critic who has much to say on the meanings of whiteness, and says it well. 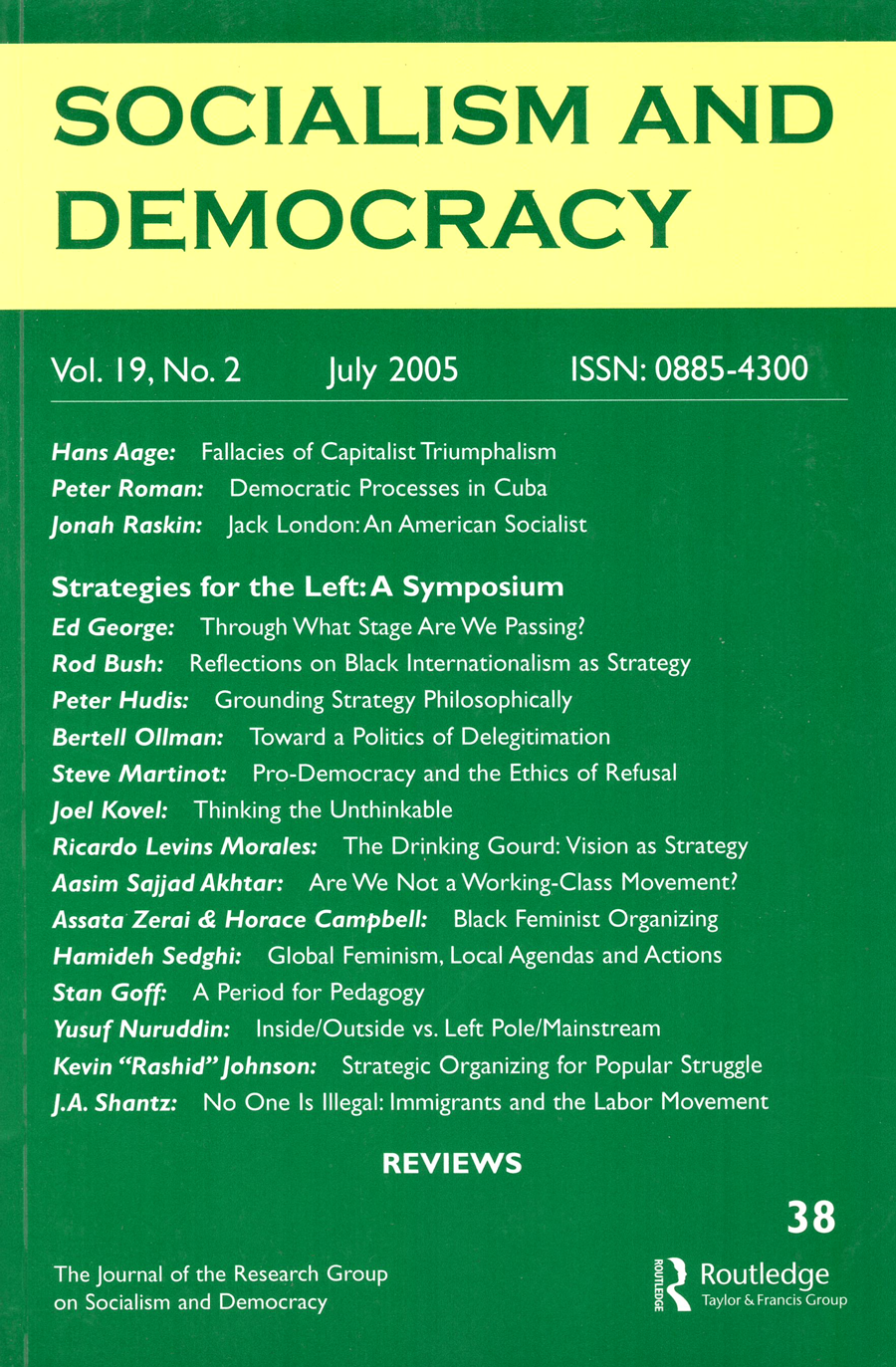